Before you start reading, I want you to know that this is probably the most honest post I’ve ever written. With the New Year that just kicked in, I see blog posts and articles popping up everywhere with titles such as “highlights of 2014” (I’ll do one of those too, don’t worry), or “why 2014 was the best year so far”. It just felt right for me to write something honest and tell you what this year was really like for me.

Now first of all, let me clarify that I think it’s a great thing when people approach life focusing on the positive things. It’s something I aim for myself too and I look up to those who have mastered this way of life. But, there’s a big BUT. There’s a difference between approaching life positively and just being totally ignorant of the negative stuff going on in one’s life. I believe that in order to live positively, you have to acknowledge what’s wrong first. I think there’s so much pressure from our environment to show that everything is great, you can tell from the simple fact that nobody ever really expects an honest answer when asking “how are you”, except for people close to you. The truth also is that, when you don’t feel good, mentally that is, people in your circle often don’t know how to deal with that.

I remember a conversation that I had with my sister once (super smart woman she is!) and she observed how it’s so much easier for people to reach out to people who for example have broken a leg compared to someone who’s depressed. Why? Because being “depressed” is such an abstract notion for many. It’s easier for people to offer help to someone with a broken leg, because they’re needs can be defined as simple as: “they can’t walk, so they’d probably need someone to come by to bring some food or groceries”. I’m by no means saying that I’m depressed, I’m just intrigued by the fact that pretending to be feeling good seems such a natural and encouraged thing to do in our society.

The reason why I find it so important to talk about the difficult times that I’ve experienced in 2014, is because it’s incredibly empowering. Not only for me, but also for everyone who is or has been in a somewhat similar place in their lives. Just being able to say out loud what’s wrong or why you’re sad sometimes already solves half the problem. Because the people that we relate to (think of everyone you follow on social media), have a tendency to only share highlights, it often leaves us wondering what’s wrong with us and our lives. I guess that sometimes it can even make it seem as if you’re the only person in the world going through a tough time, feeling unmotivated and sad or simply not knowing which direction to go in life.

Like you can probably see coming by now, 2014 wasn’t exactly my happiest year. Looking back I realize that I’ve learnt more than any year before, but I honestly don’t have a clue how I made it until the end of the year. But I did, so a big YAY! I guess my Chinese Horoscope predicting 2014 wasn’t going to be a picnic, turned out completely accurate. I blame it on the year of the horse. After reading this personal post I wrote a few months ago, you might think that this year’s biggest bummer was the fact that our much anticipated moved to Dubai got cancelled at the very last moment. In those 4 months prior the move, my life was put on hold. You stop looking for a new job or a new challenge; you also don’t do simple things like signing up for a gym membership or start driving lessons. But you know what? It’s actually not that, but the effect that it had on my relationship and private life that was much worse than the discriminatory decision made by government officials in Dubai based on Hassan’s nationality that prevented our moving plans.

I think when two people who are in a relationship are unhappy with their own lives, whether that’s caused by a job, stress about the future, missing home or simply a feeling of ‘I don’t know what the fuck I’m doing with my life’. Or all the above, which was both my case as Hassan’s; it really puts a strain on the relationship. I think at some stage we both thought we weren’t even going to make it as a couple, sadly enough. We’re now crawling out of this dark place we were in, but there’s still a long way to go.

2014 was also the year that I hit my second Australia anniversary. I’m sure that everyone who has moved abroad far away from everything and everyone they know, can somehow relate that sooner or later you start to feel like what’s best described as ‘not belonging’. I’ll be hitting the big 25 in March and I just expected that I’d have ‘figured out’ life by now. Or at least the big stuff. Truth is, that I know less than I did 5 years ago. I don’t know what makes me happy, I don’t know what kind of career move to make, it’s scary really. As I mentioned before, I don’t think I’ve ever learnt more than during this year. I really hope that all the tough lessons, both professionally and privately, are going to pay off.

About two months ago I probably hit what they call ‘rock bottom’, feeling incredibly down and sad. I’m normally great at composing myself and in all honesty, for a long time I’ve been trying to keep up an image to my family and friends in the Netherlands as if everything is going great. The problem is that you can only stay strong for so long. I remember that one evening I went for a walk on the river side near my old home and while talking to my sister on the phone I just broke down into tears while people were passing by. I didn’t even care. It’s been so hard to keep all my real worries for myself for such a long time, that it felt like a big relief to just cry (I don’t often cry) and say everything, and I mean literally everything I had on my mind to my sister. Our relationship is funny in a way that we certainly aren’t the kind of people that talk daily, but when it comes to the major stuff in life, she’s always the one that helps me out the most of all.

It’s also around that time that I felt like I had to leave for a while, just be away from Australia and step into a new world. Funny enough, a week after my enormous breakdown, my brother called me to say that he was going to Buenos Aires for a couple of months. He works for himself, so especially during the European winter months he plans some getaways. It sparked the idea of meeting him there, but I just wanted to give it some more thought.

With the year coming to an end, I decided that I wanted to start 2015 on a completely different foot. A more exciting one, an experience that would inspire me and help me to become myself again. I’m in the stage of my life that I know nothing for sure, but the one thing I do know is that nothing makes me happier than travelling and seeing the world. It was with sweaty palms and a raising heartbeat though, when I clicked ‘purchase now’ and booked myself flights to Rio de Janeiro and Buenos Aires. I’m meeting my brother in Buenos Aires and one of my dearest friends from the Netherlands is unexpectedly joining me in Rio, an incredible surprise. She’s originally from Brazil and was adopted when she was 5 and came to the Netherlands. Naturally I had to think about her after booking my flights, so I just send here a text saying: Guess what? I’m going to Rio! She basically replied with 3 words. OK, I’m coming.

I’m leaving in 12 days and I hope with all my heart that these few weeks of exploring will bring me some fresh, new insights on what to do with my life.

What are your hopes and dreams for 2015? Do you agree that we should all open up more on how we really feel, rather than only showing the positive things? 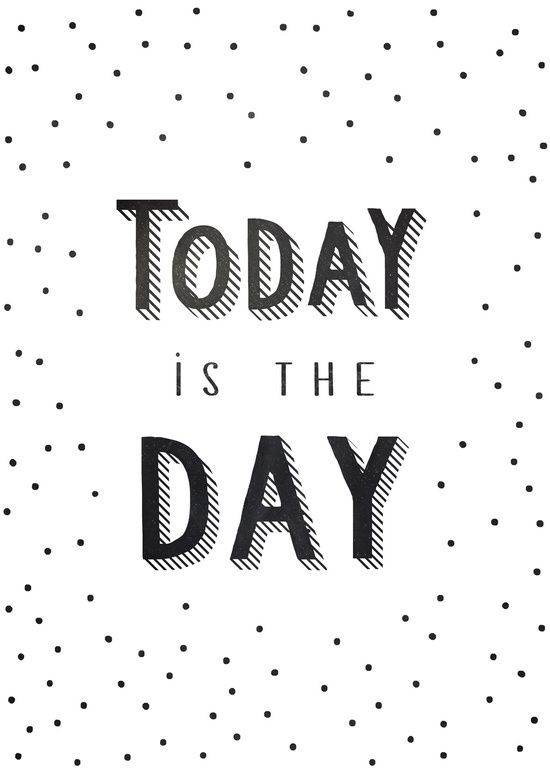