We made it to beautiful Nosara! Situated on Costa Rica’s pacific coast, in the middle of the jungle also known as surfers paradise. Guess what we’re doing here? Yep, learning how to surf.

After a bumpy 2 hour ride from Liberia airport to Nosara, we finally arrived! In the middle of the jungle, with no other noise than that of the birds and other wildlife, we knew we had just arrived at a very special place. The Safari Surf school and Olas Verdes hotel have only opened its doors in December 2015, making it even more special for us to be there. So first of all we loved the concept! A surf school and a hotel under one roof, isn’t that great? Upon arrival we were welcomed by the hotel staff and general manager Jeffrey of the Safari Surf school. No time to be wasted. He explained us what we’d be doing for the next few days, about the lessons, the instructors and more. Because we had barely slept the night before (blame the super long layover in Houston!), we decided to take it easy for the rest of the afternoon and instead went full force the next morning instead.

The next morning it was time for the real work! But not before having a pre-surfing snack. Those are served each morning because having a full-breakfast would be too heavy on the stomach when surfing. It included banana bread and platter of delicious fruits and we loved it! After picking out our boards and meeting our instructor, we walked to the beach. The way to the beach is a special one, because from the hotel grounds you make your way through the jungle on a small path. Imagine this: board under your arm, passing right through the jungle, monkeys above your head, birds flying passed, and then suddenly the big blue pops up. If this is the surfing lifestyle, we want it everyday!

It’s a very small town, with not much more than a few shops here and there. The place has very much a surfer’s vibe, people from all kinds of places in the world come here with only purpose: to enjoy surfing. It’s very tranquil, at night there are literally no lights. Going to sleep early and wake up early, when you get used on the lifestyle it’s actually really great and refreshing. At our first night we tried to explore the area a little with bikes that we borrowed at the hotel but after 10 minutes we were back home because there’s literally no lights, pitch dark. Nosara’s Playa Pelada is beautifully situated and besides it being great for surfing, it’s also the ideal settting to go for a walk in the early morning. Especially at low tide it looks magical!

First things first. You can’t get into the ocean without having the necessary surf instructions on land first. One of the things our instructor wanted to determine first is the way we jump on the board. This goes by instinct and it’s basically about being goofy or regular footed (meaning which foot you put up first when getting up on the board). Other than that we had to learn about some tricks on how to deal with ourselves and our boards when a wave is about to crash us. Hawaiian duck and the Turtle roll. Good thing we learnt these, because we needed them more than once. I can’t even begin to tell you how terrifying it is when you have to decidewhat to do when you see a wave towering far over you coming right at you. Still feeling my heart pound in my chest when I think about it. Learning how to surf is a very personal thing, one picks it up quick (like Tatiane), but myself I struggled. Not only with the paddling (goddd, it hurts!) but also the fear of not clinging on the board and just letting go. But wow, the feeling when you ride your first wave is really priceless we both agree!

So for the next few days we took lessons both in the early mornings and late afternoon. The late afternoon sessions were our favourite, especially because the waves turned out to be a little nicer and ofcourse also because laying on your board in the middle of the ocean while the sun setting is just… magic! By day 2 Tatiane gained the nickname as ninja, not only for the way she stood up on the board, but also because of her steady balance and focus. If there’s someone who become a quick pro at surfing it would be her! I think we both agree that when you get your first taste of surfing, you only want more. Taking all the brutal wipe-outs, gasping for breath and excess amount of salty water swallowed happily for granted.

There’s a great group of skilled instructors present, each of which have excellent skills not only at surfing but more importantly at explaining and instructing. The Safari Surf school caters both for what you could call the yolo surfers (just for fun, not taking it too serious) but also for people who really want to work hard and learn everything there’s to learn. It all depends on your own attitude. I think this is exactly what makes the surf school so accessible. Everybody is welcome! Something else we really loved was the photo and video opportunity! This way you can look back on yourself with an instructor and see where you have to improve. And ofcourse, it’s super fun to have both photos and videos of yourself on the board.

We had an unforgettable, amazing couple of days at the Safari Surf school and Olas Verdes hotel. 2016 sure kicked off in the most exciting, daring, fun, get-out-of-your-comfort-zone kind of way. Try new things, test your pesonal limits, go beyond them, it’s so satisfactory to be able to say: I did something I’ve never done before and I loved it! Cheers to new experiences and remember…

“Feelings are much like waves, we can’t stop them from coming but we can choose which one to surf.” 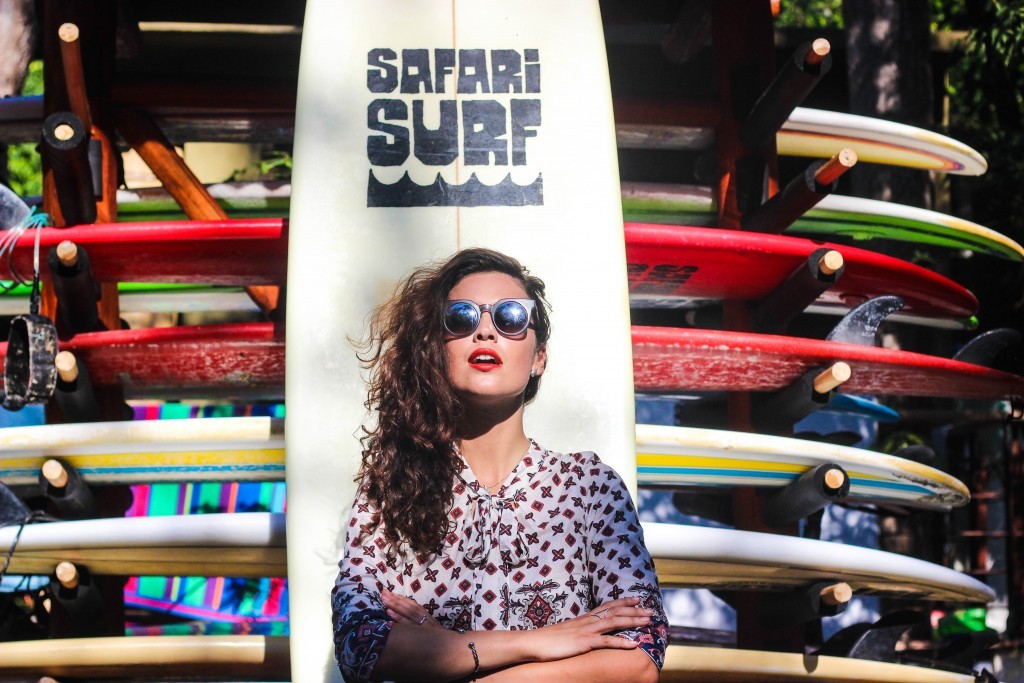 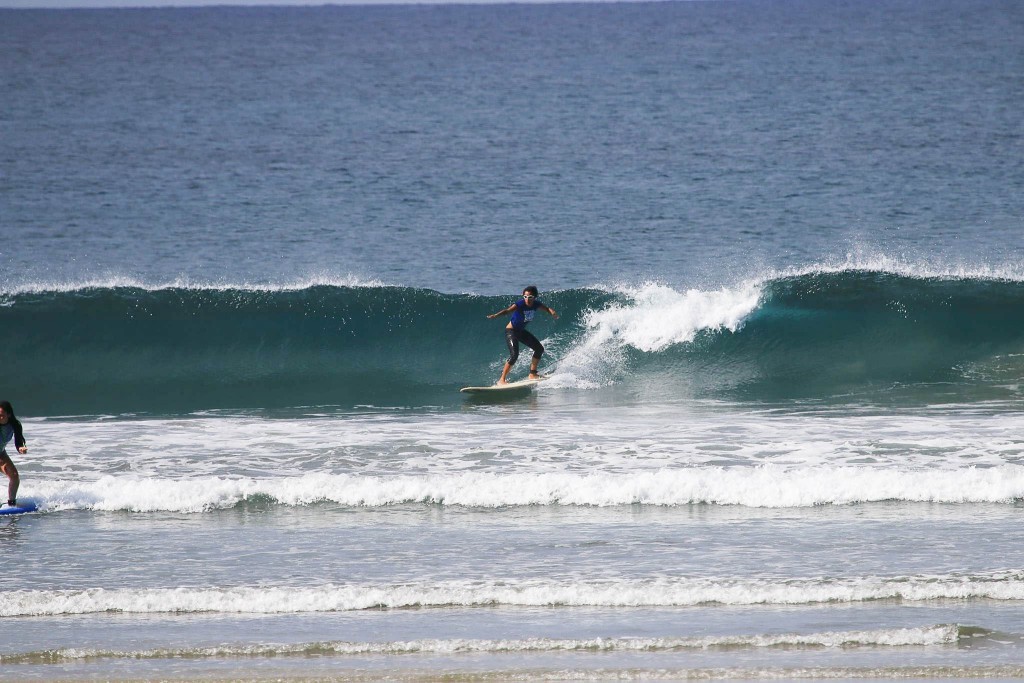 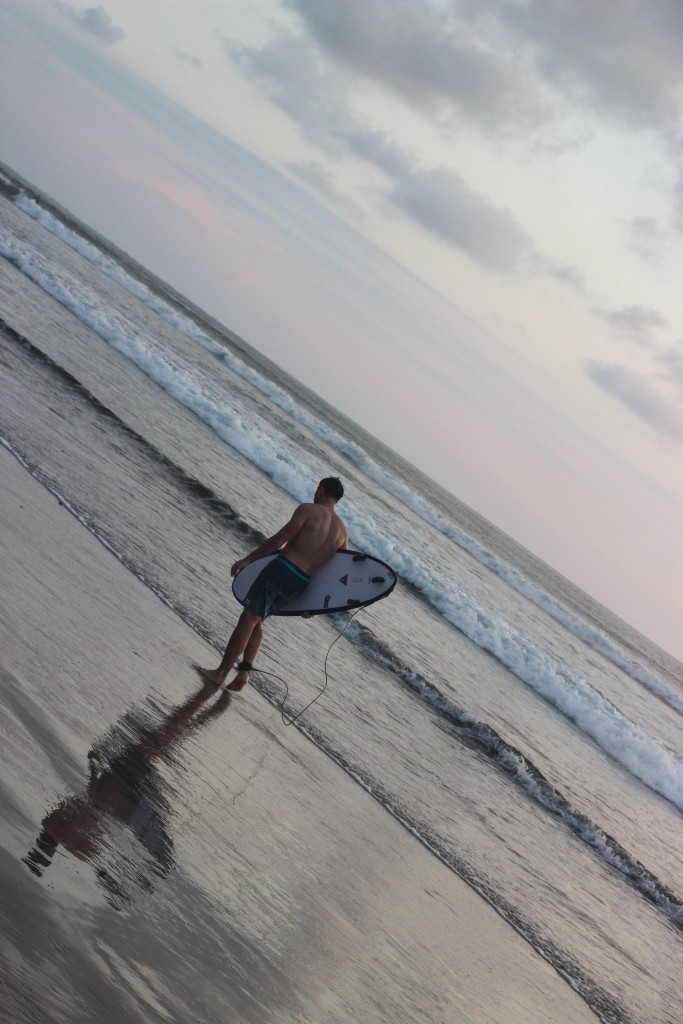 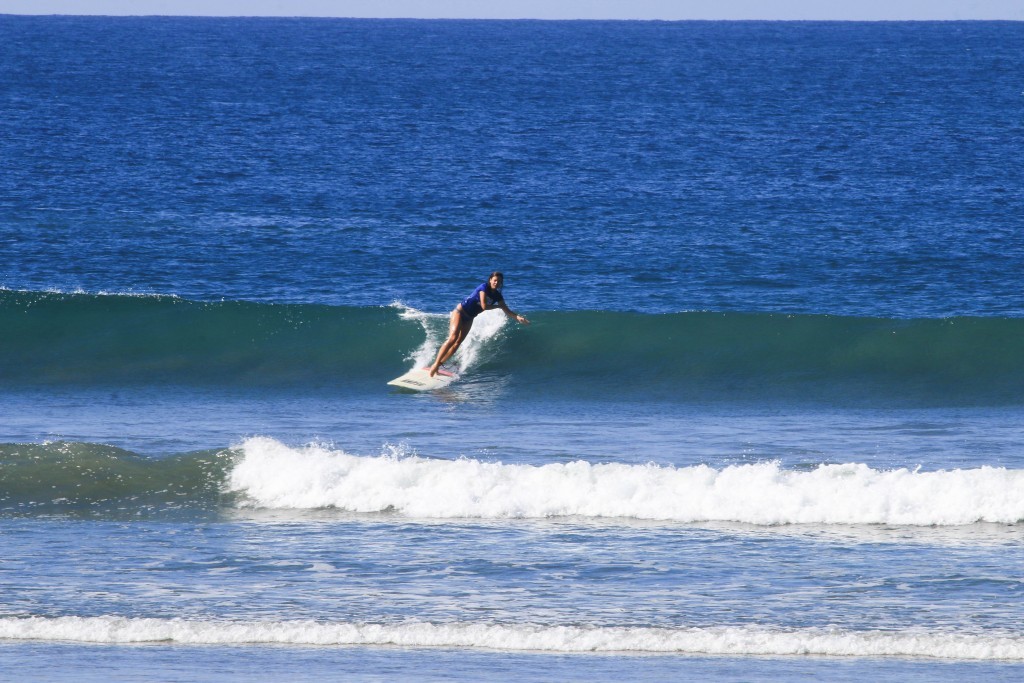 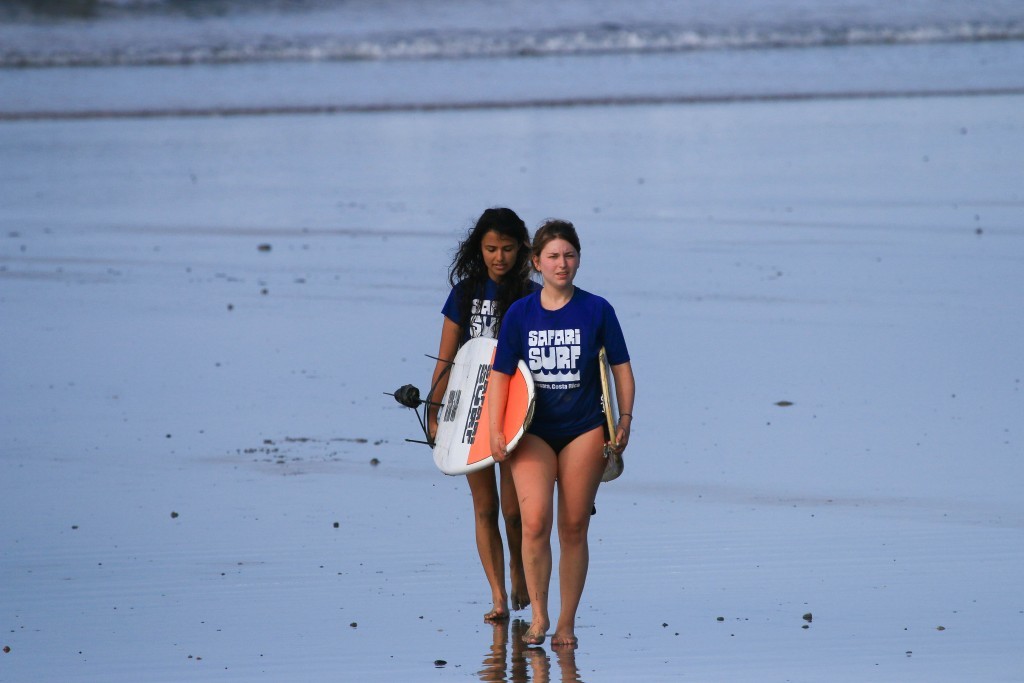 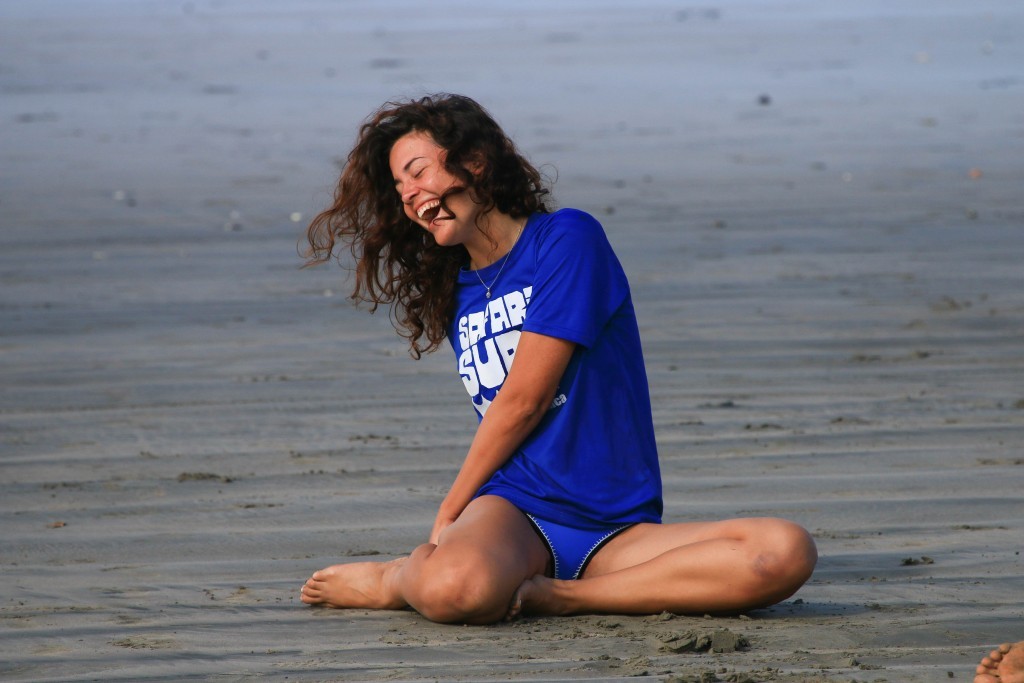 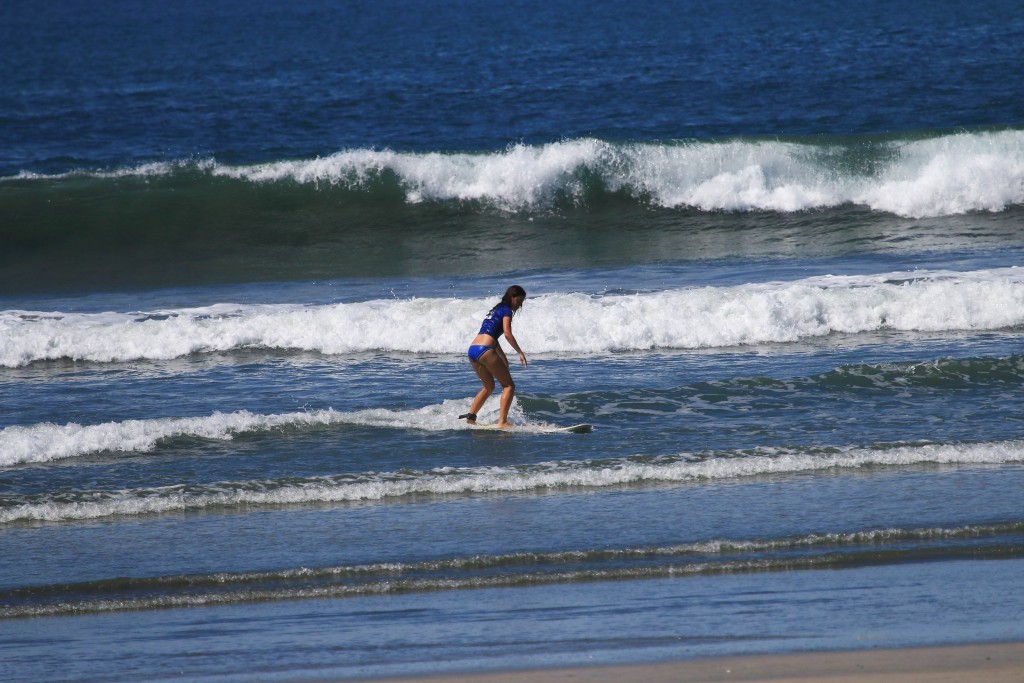 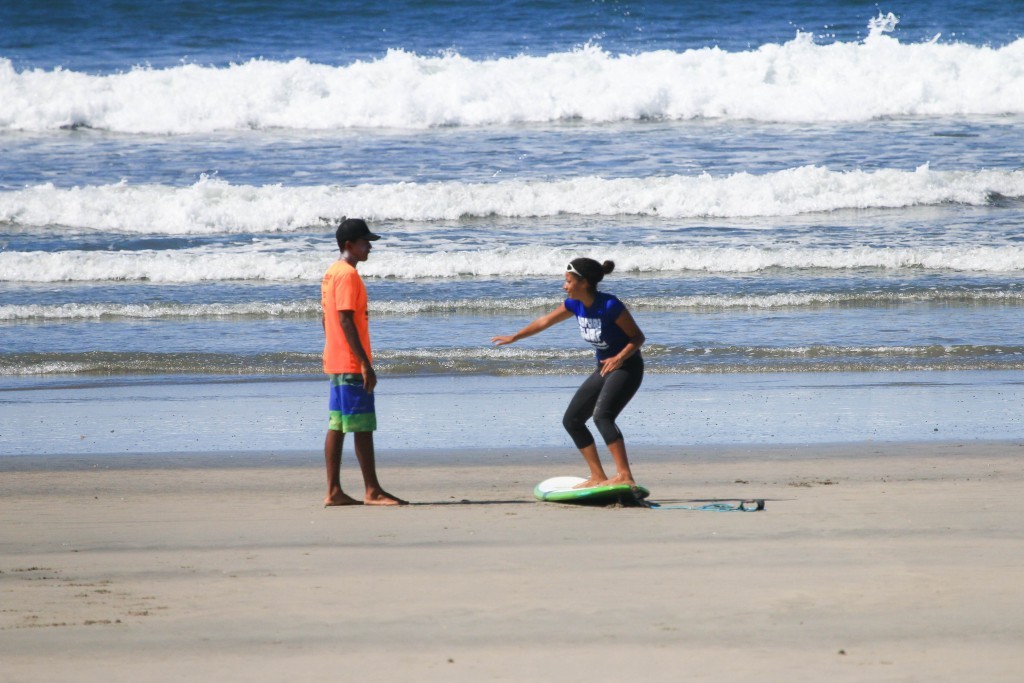 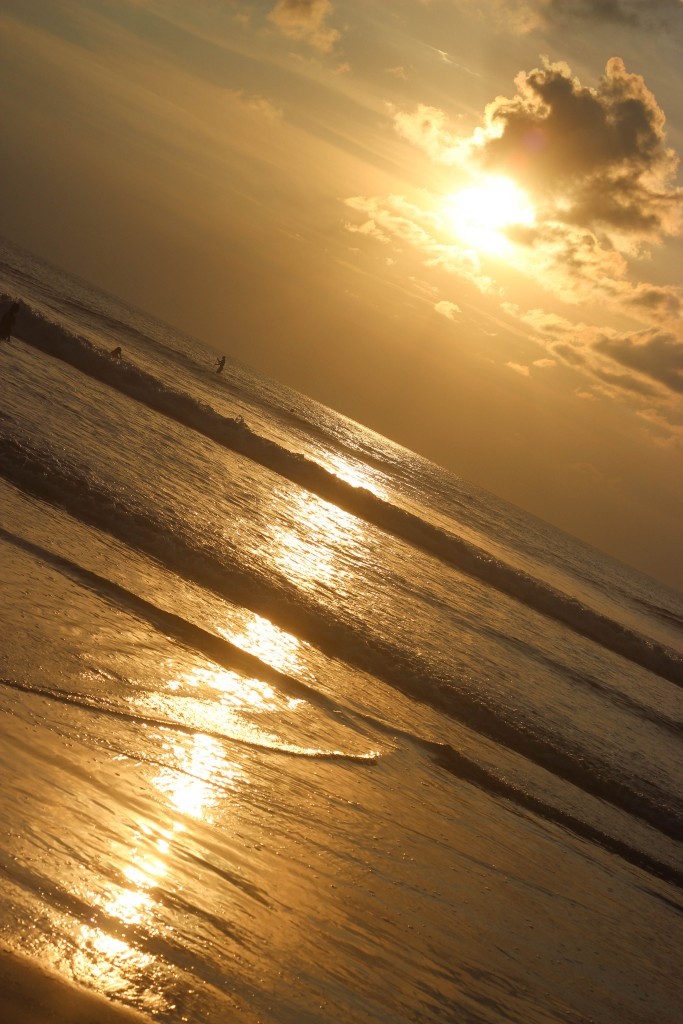