London Baby! If there’s one thing the FashionContainer team has become expert at in the past months of travelling, it’s making the most of a city in a very, very short amount of time. We spend three days in London and this is what we’d recommend you to do while there.

We actually ventured into Soho completely unplanned after a meeting in the Oxford Circus area and immediately got excited by the cool vibe. Lucky for us, we were shown around by a local which allowed us to learn more about the neighbourhood easily. Pretty boutiques, trendy people and so many cool coffee shops and eateries! We sat down at Crosstown for coffee and doughnuts and absolutely LOVED it. Definitely a good pit stop, so yummy.

2. Walk along the Thames
From the river side you have the best views not only over the London skyline, but also over icons such as the Tower Bridge and London Eye. Plus, on a beautiful day it’s super relaxing to just buy a coffee and sit down on one of the many benches to take in the view.

Such a classic, but it obviously can’t be missed while in London. Build 120 years ago, this bridge breathes history and delicate architectural details. There’s an exhibition to learn more about the Towerbridge and its existence, but due to our limited time we decided to just walk across and take in the incredible view over the Thames instead! Are you at the Tower bridge during lunch time? Then take a 15m walk to the Borough market, a huge food-focussed market under the railway lines where you can find a 101 delicious gourmet foods to eat. 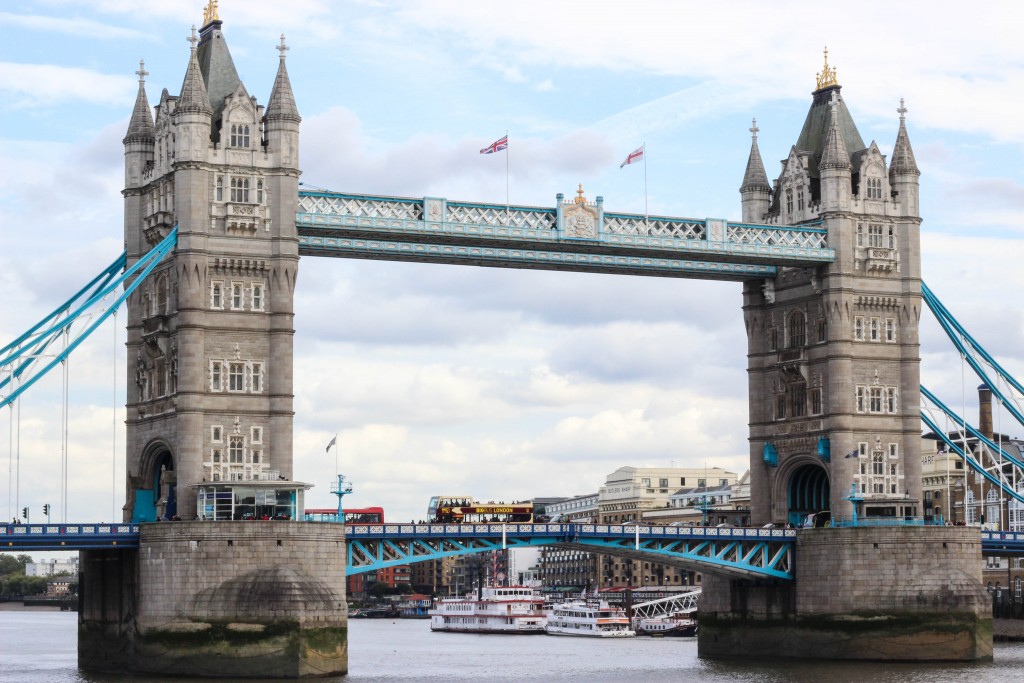 4. The Palace of Westminister

…or better known as the Big Ben (which is the nickname of the clock part at the Palace of Westminister). What a majestic building! We just walked out of the Metro station when we it suddenly pops up in the street view from up close. It’s truly incredible. From the bridge just besides the palace you’ve got a wonderful view on the London eye. Why not go for a ride while you’re in the neighbourhood anyway?

After wandering along London’s icons, we decided it was time for some calm and peace so we headed in the direction of Hyde Park for some relaxing. We were lucky with the weather that day, so why not make the most of it before Autumn officially hits Europe? In the park we sat down at two deck chairs, which we thought we could use free of charge. Silly us. According to the Hyde Park website, you can rent them for 1.60 per hour. 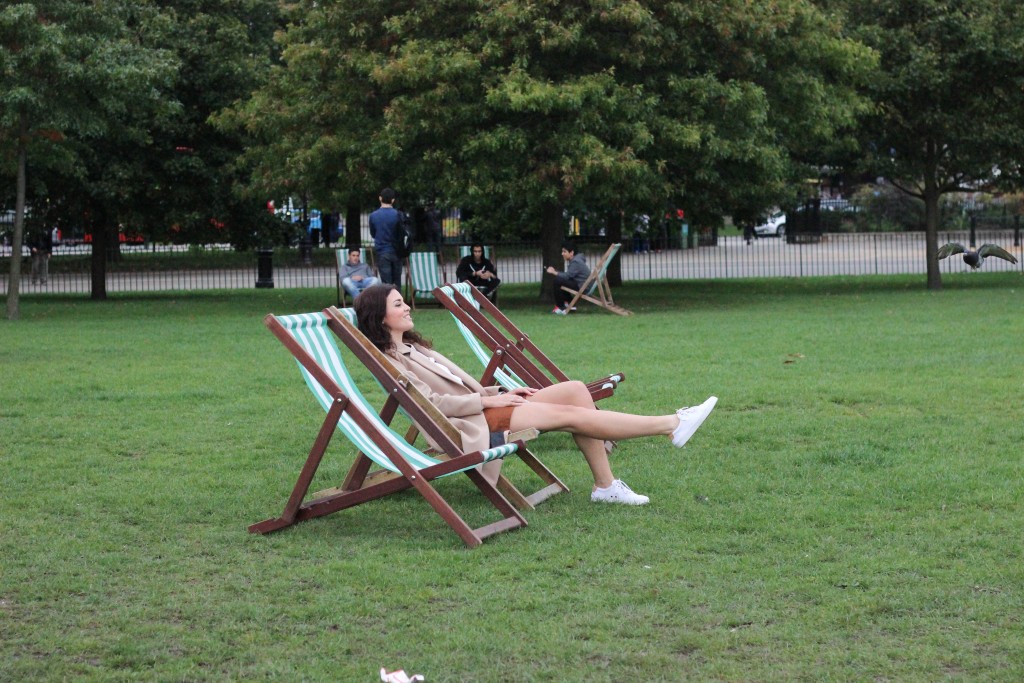 Perhaps one of the most famous neighbourhoods in London, this of course can’t be missed. Pay a visit to the Portobello road market, Holland park or one of the many galleries. Doesn’t interest you? Then just coming to Notting Hill for the pretty colourful houses (and thus pretty photos ;)) would be worth it.

7. Bird’s eye from the Helicopter

It’s safe to say that the FashionContainer team has an obsession with exploring cities from above! The love story started in New York while flying in between the gigantic skyscrapers and lady liberty and now continues while we further explore the world. If you have the chance to do this in London, we’d highly recommend the London Helicopter and do the London sights tour that flies across the city’s main attractions. More about this experience is coming up in a dedicated post with breathtaking pictures from up in the sky. 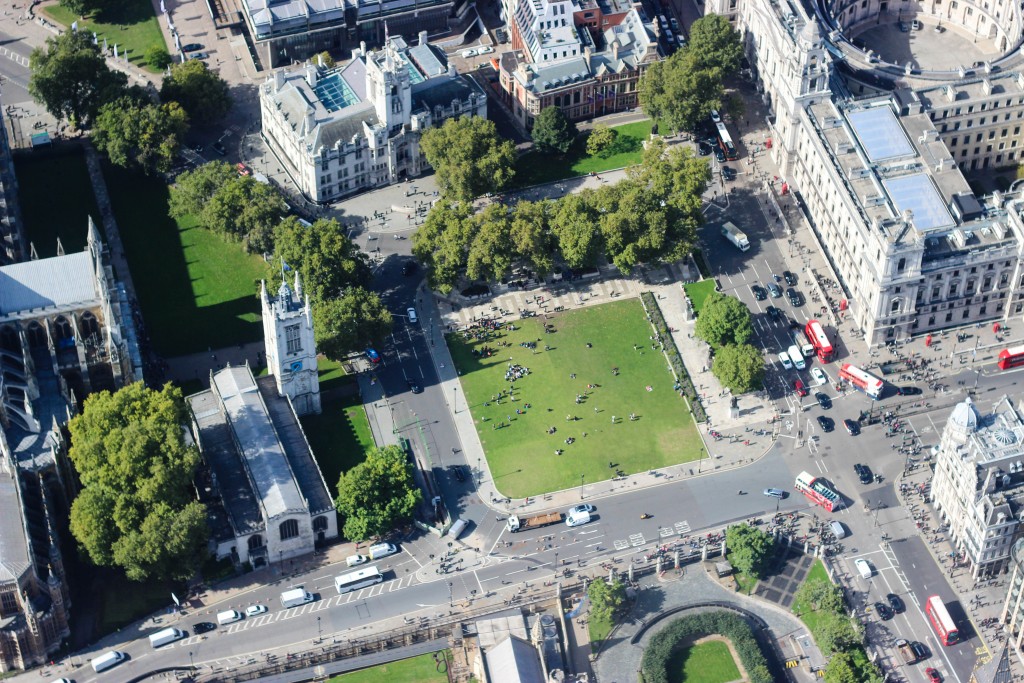