Rumour has it that Warsaw is one of those upcoming European destinations that will soon enough be flooded with tourists. We totally understand why. Other than the fact that the Polish are truly the friendliest people, the city has such a vibrant culture, diverse architecture and….delicious food!

Warsaw is basically divided in ‘new town’ and ‘old town’, both of which have such a distinctive different character that you believe you’re in an entire different city moving from one part to another. We did the exploring for you and this is what we recommend you to do.

Skyscrapers, modern architecture, clean lines and a building (the Palace of Culture and Science) that looks an awful lot like the Empire state building. For a second you’d actually think you’re in New York instead of the Polish capital. When I send a picture to my mum of the skyline view, she replied “I didn’t expect Warsaw to be so modern looking”. We didn’t either! Go for a wander in the uber modern Arkadia shopping centre and of course stop by at the Palace of Culture and Sciene. But more about the latter below. 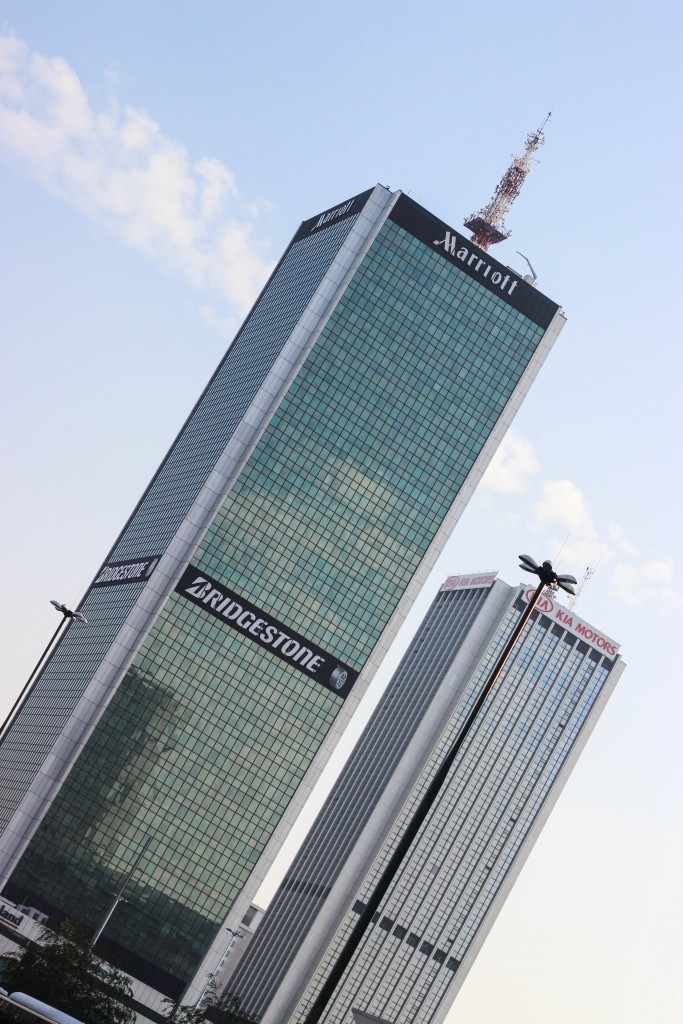 Palace of Culture and Science

At 213m tall, the Palace of Culture and Science is the tallest building in Poland. This iconic and often recognized as a look-alike of the Empire State Building was a gift from Stalin to the Polish nation and has since become a multi-purpose building with a congress hall, theatres, a cinema and museums. From the top of the building, you have a fantastic panoramic view over the city. Simply pay the 20pln fee and take the high speed lift all the way up to the 30th floor and the view is all yours! We came here on our first day when we had no clue about the whereabouts of everything we wanted to see in Warsaw but from the top of the building we could easily point out many of the city’s areas like the riverside and Old town. Just looking at the city from above made it so much easier for us to get around the next few days. 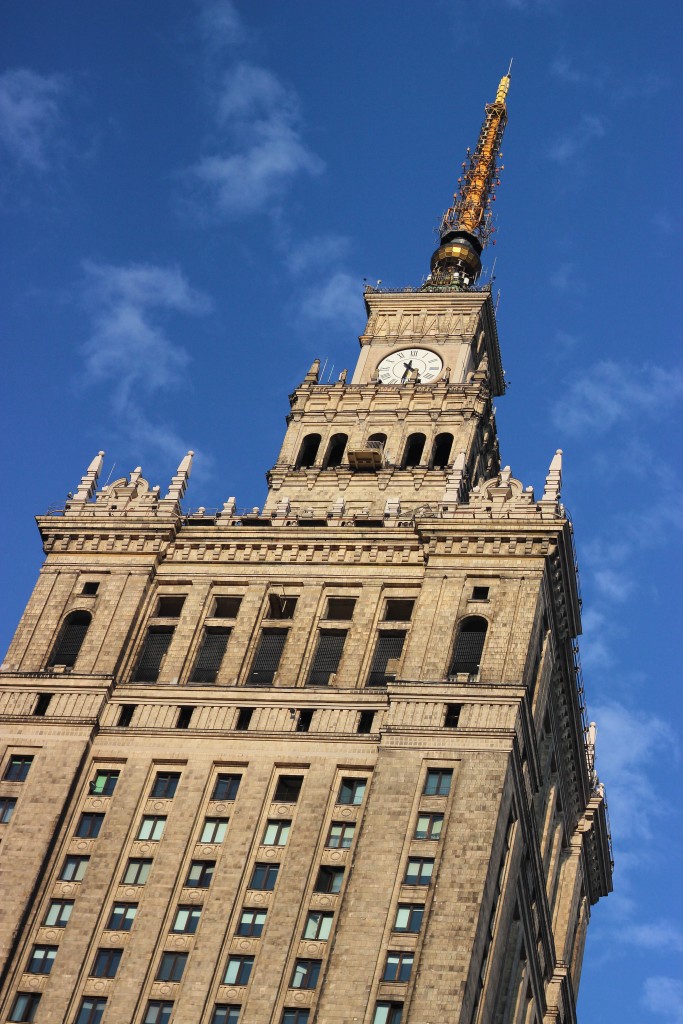 Warsaw’s old town comes straight from a post card! The market place is surrounded with colourful houses, there are a ton of picturesque alleyways to discover, beautiful churches and cute cafes to stop by for a coffee or two. Other than simply admiring the beauty of this part of town, make sure to pay a visit to the Church of St. Martin and the Royal Castle. 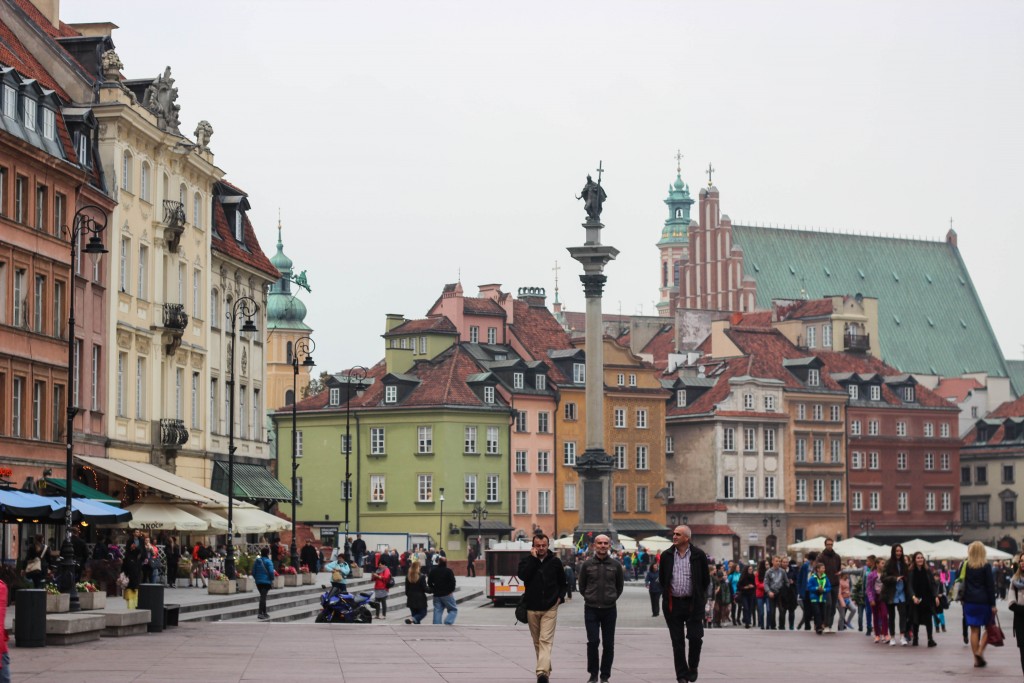 There are so many unique churches to find in Warsaw and visiting a few is a must. Not only for their beauty, but also for their tradition that is so different than what we’re for example used to in the Netherlands. The presence of nuns is one of them, for example at the St. Kazimierz Church at the New Town market square. While the square itself isn’t much special, the mint green church really is something and so is the atmosphere inside. 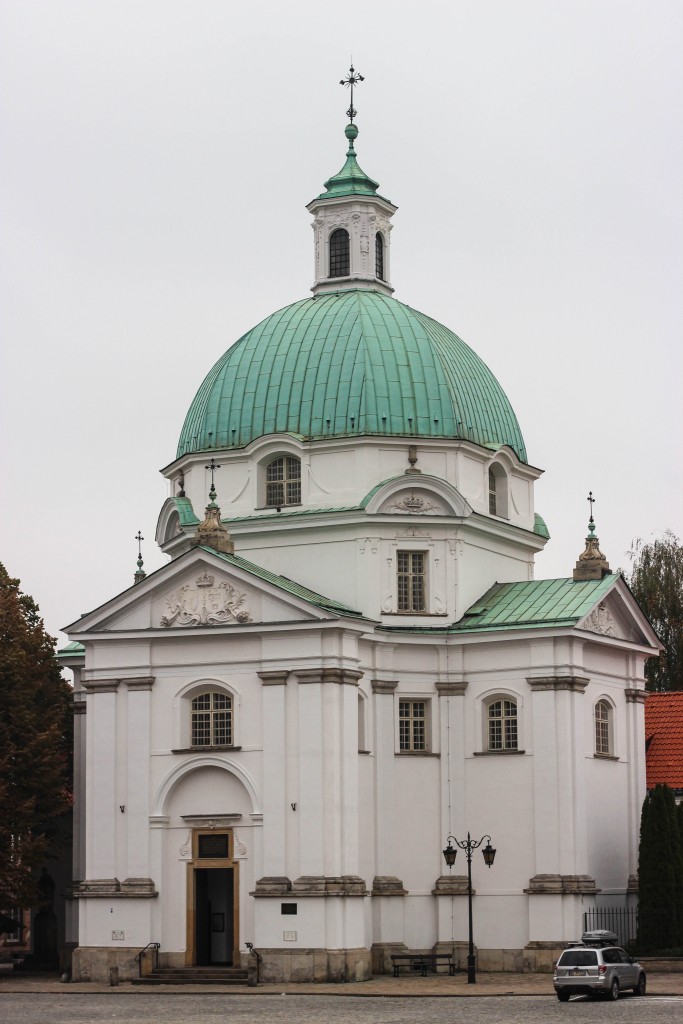 The old town of Warsaw is situated next to the Vistula river. Old town however lies high above the river and from many different spots in this area you’re being treated on great panoramic views. Here we found a cool view point where apparently it’s also a habit to place love locks? Looks pretty cool and arty to us. 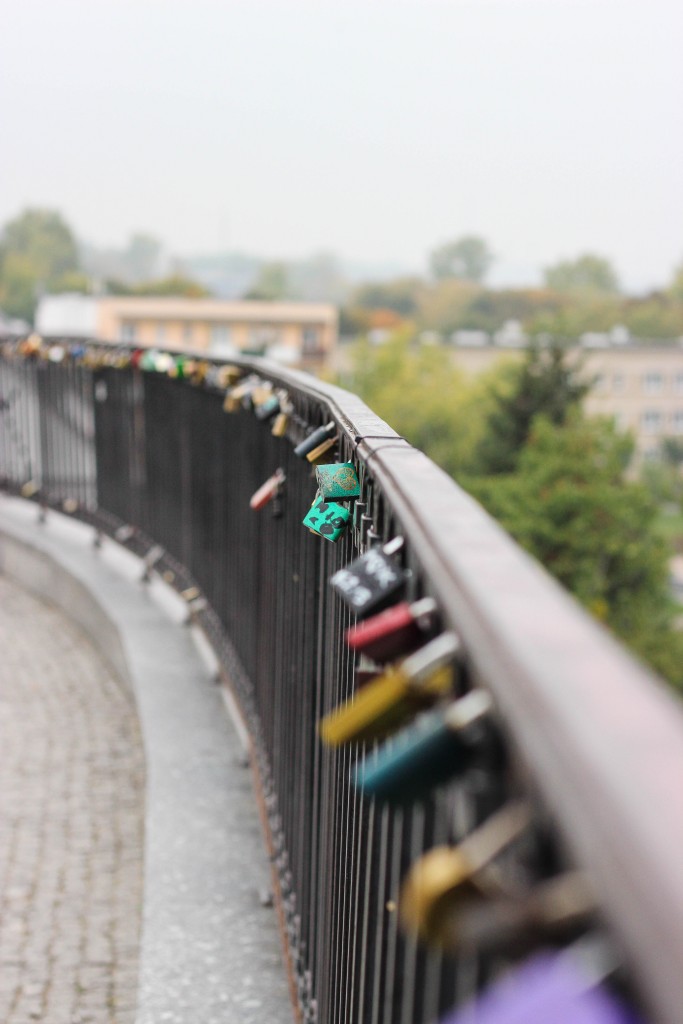 One of the other things we really loved was the food, which you can read more about in an upcoming post! Have you been to Warsaw before? What were your favourite things to do?