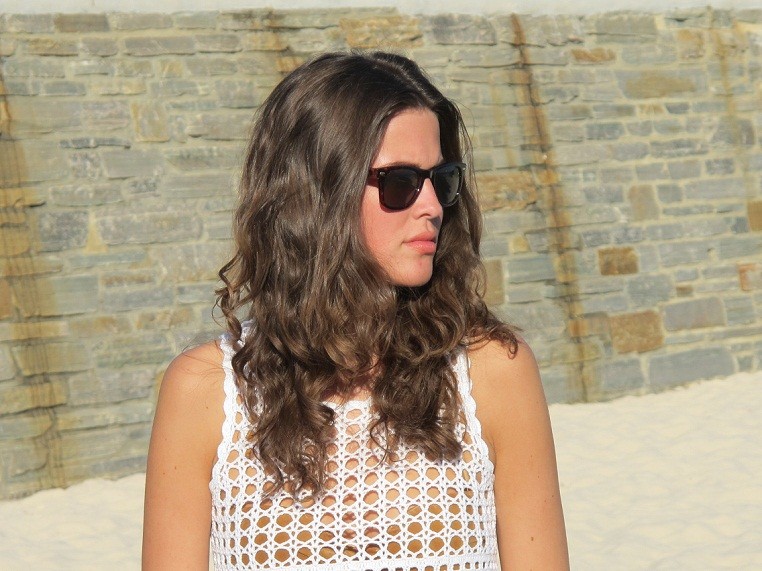 Saturday’s beach outfit consisted of some good denim shorts and a crochet top. It’s such a funny feeling to be swimming knowing that it’s actually winter here in Australia. Winter?! The weather is even way better than it will ever get during summer in Holland.
I guess I’m a lucky girl. The waves were really high and strong and I’ve been smacked down very heavily a couple of times, but it was so worth it, haha. Love the ocean. Another scary fact: there were helicopters patrolling to look out for sharks, as this year already 6 people on the west coast of Australia have died of shark attacks, including one last week in Perth. Pretty scary if you ask me. The first time I walked in the sea with my boyfriend I was asking him everytime when seeing a dark spot – which was most probably seaweed – OMG is that a shark? Will show you some more at the beach pictures later. 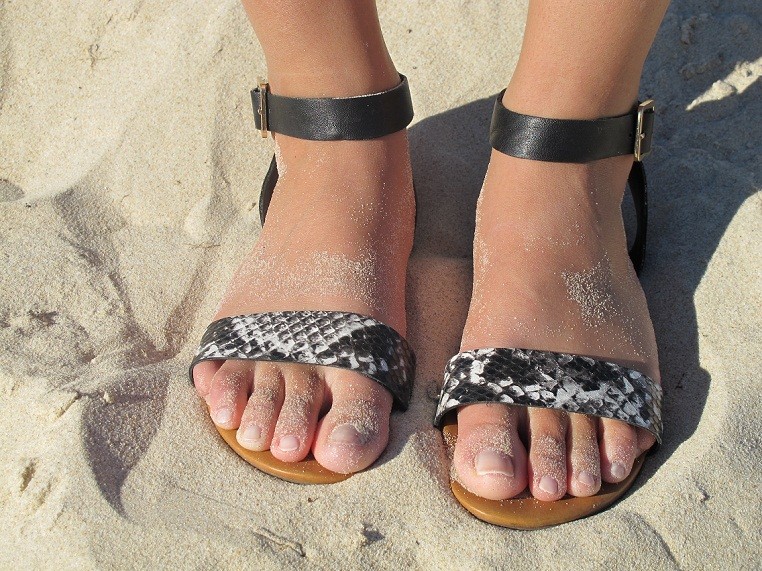 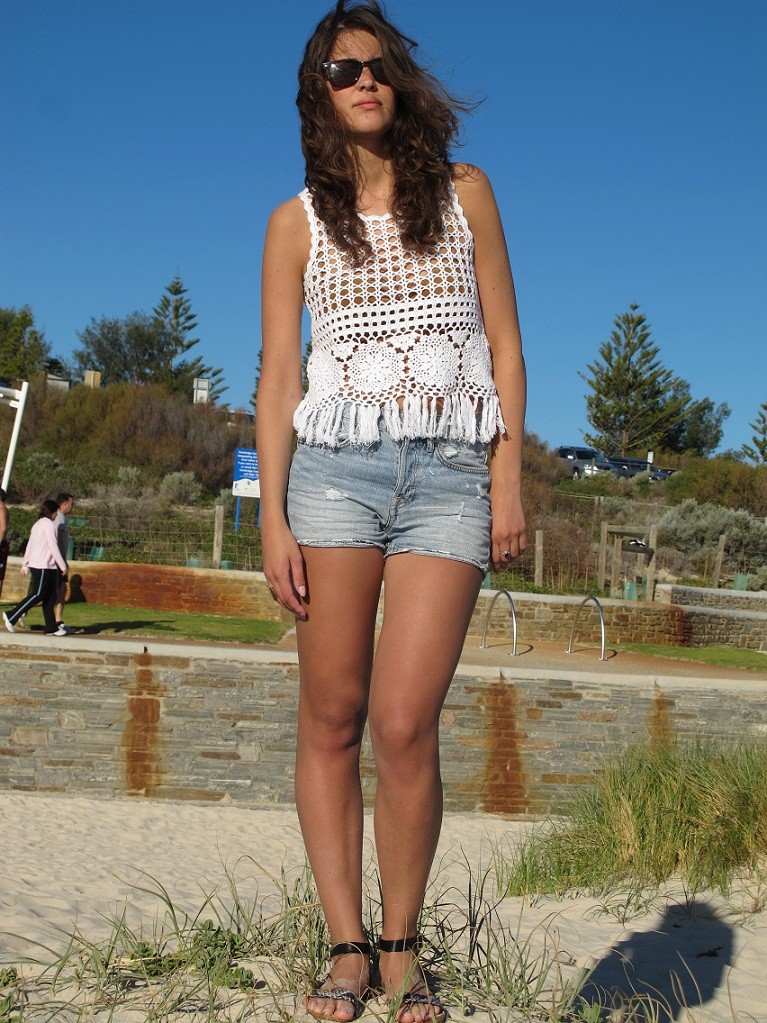 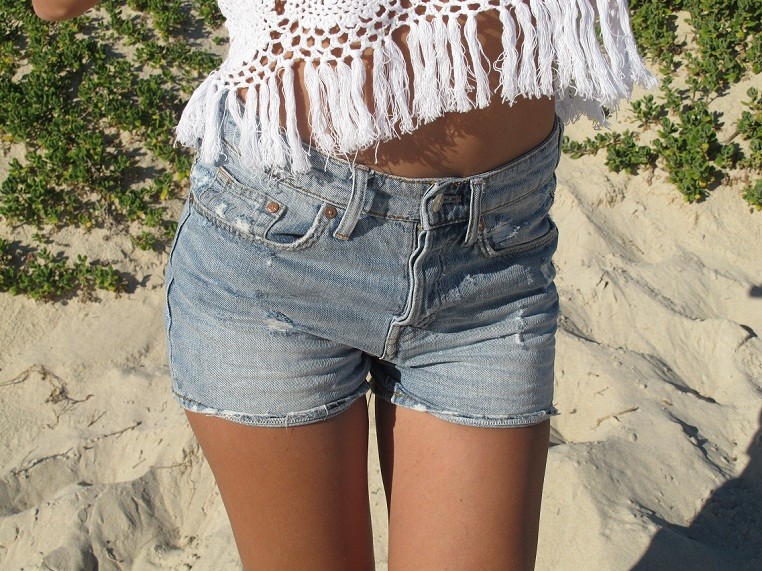 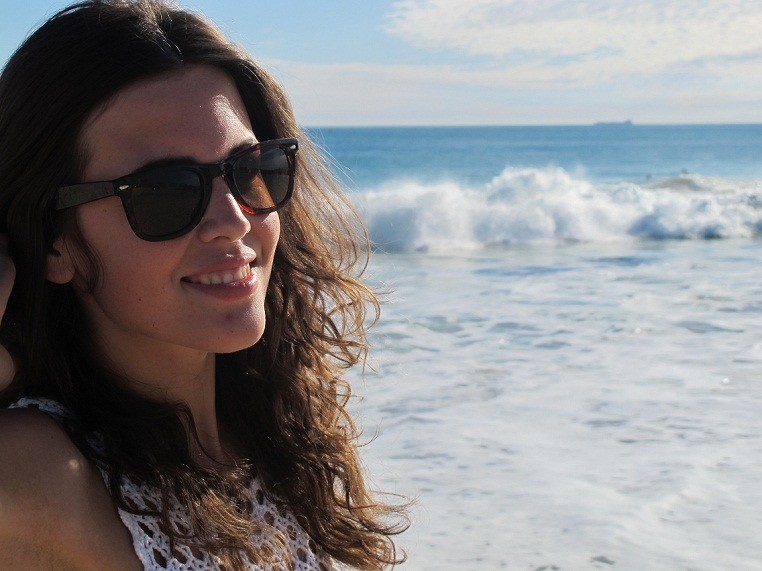 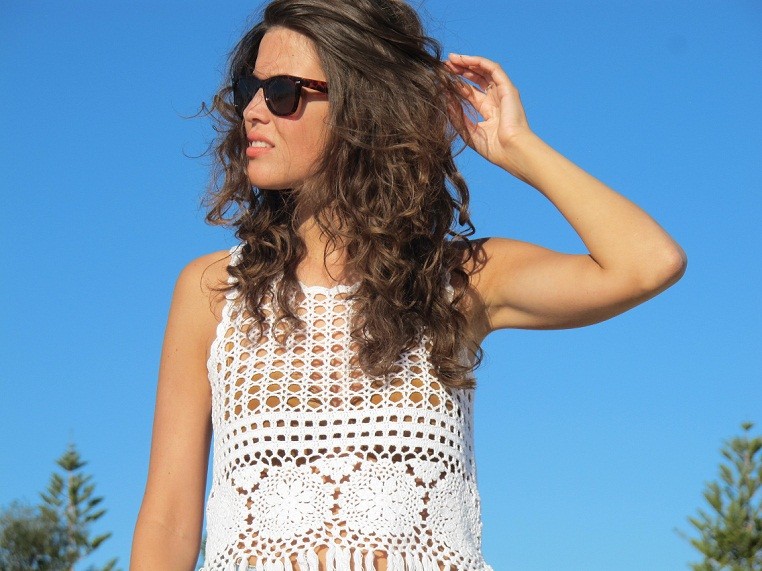