New York is a MASSIVE city. But that we already knew. The whole world talks about it, both negative and positive. Today we’re sharing our 10 things you didn’t know about Yankees! A tip for everyone planning a trip to the Big Apple: don’t believe everything until you arrive.

Did you know that New York used to belong to the Dutch? Biggest mistake to lose it, but that aside. What we nowadays know as New York, used to be called ‘New Amsterdam’. The Brooklyn neighbourhood refers to a Dutch city named ‘Breukelen’ for example.

So where did the name Yankees come from? This name origins from the many Dutch men that came over, of whom many were named either Jan or Kees (no joke!). Give those names an English accent and there you have it: Yankees.

We heard a lot of things about New York(ers) before we left, for example that the people are always in a rush and unfriendly. But is that really true? We were so surprised to find out that New Yorkers are truly the nicest people we’ve met during our trip in the States. Everyone we’ve come across –women, men, young, old – has been so incredibly kind and helpful! That they’re always in a rush is kinda true… (see below)

I don’t know how New Yorker do it: Running in the streets while on the phone with a coffee in their hand. Jeez. It’s crazy. Is this a kind of multi tasking us Europeans haven’t learnt yet?

If you think you can’t get lost in Central Park, you’re wrong! Central Park isn’t a park in the European meaning of the word. It’s incredibly big and it’s easy to get lost. Seeing the whole park within an hour is mission impossible. That’s why it’s important to figure out WHERE in the park you exactly want to go before you enter. *note to self*

JFK airport, the name probably everyone knows. We were shocked to find out that it’s everything but a modern, up to date airport. There isn’t even free wi-fi and it looks a little outdated with old carpet and facilities! Shocker.

I don’t know why everyone always makes it looks as if holding a taxi in New York is the most complicated thing ever. Sure, at first it feels a little weird to throw yourself on the middle of the road and scream taxi with your hand up in the air, but once you know it’s easy! FYI: in the Netherlands we’ve got something as simple as taxi stands where you just walk to and take one. A little easier I guess, but I kinda like the New York way…

I’m not sure, but I somehow expected New York women to look like they’re walking straight out of a fashion magazine with the most sophisticated personal style. There are some, definitely. But I personally felt that Amsterdam has got more fashion conscious people walking around than in New York.

9. Getting lost in the Subway

I always had the impression that New York Subways are much like maze and that it’s impossible for foreigners like myself to find our way. Despite feeling a little overwhelmed at times, it’s not so complicated at all. And honestly, it gets you around the city lots quicker than per taxi. At least  you avoid traffic.

10. How many stairs in the Empire? 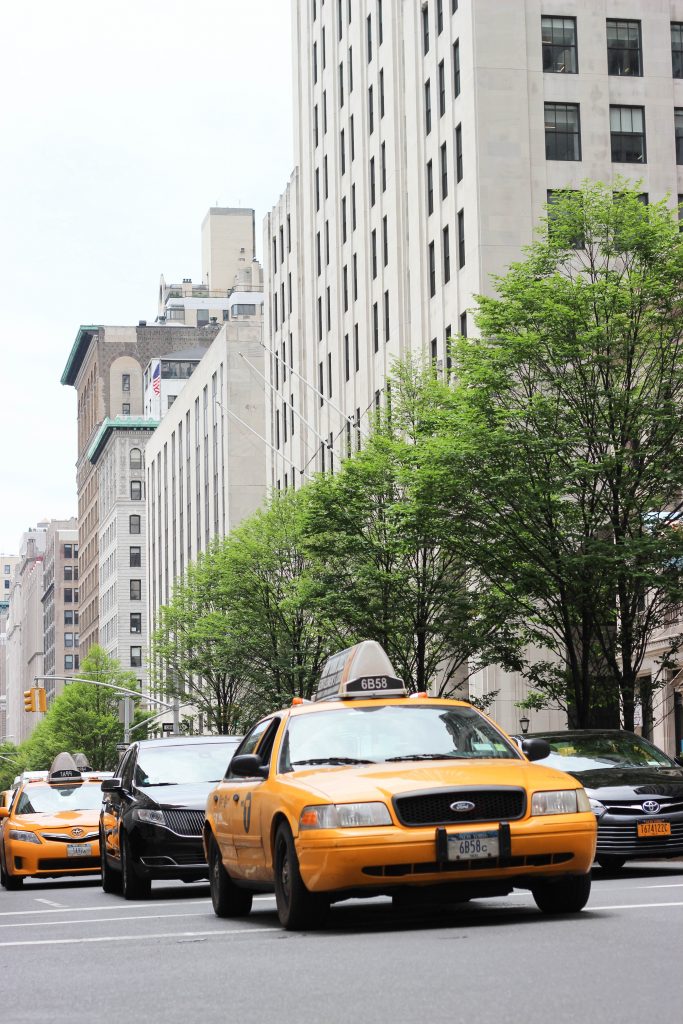